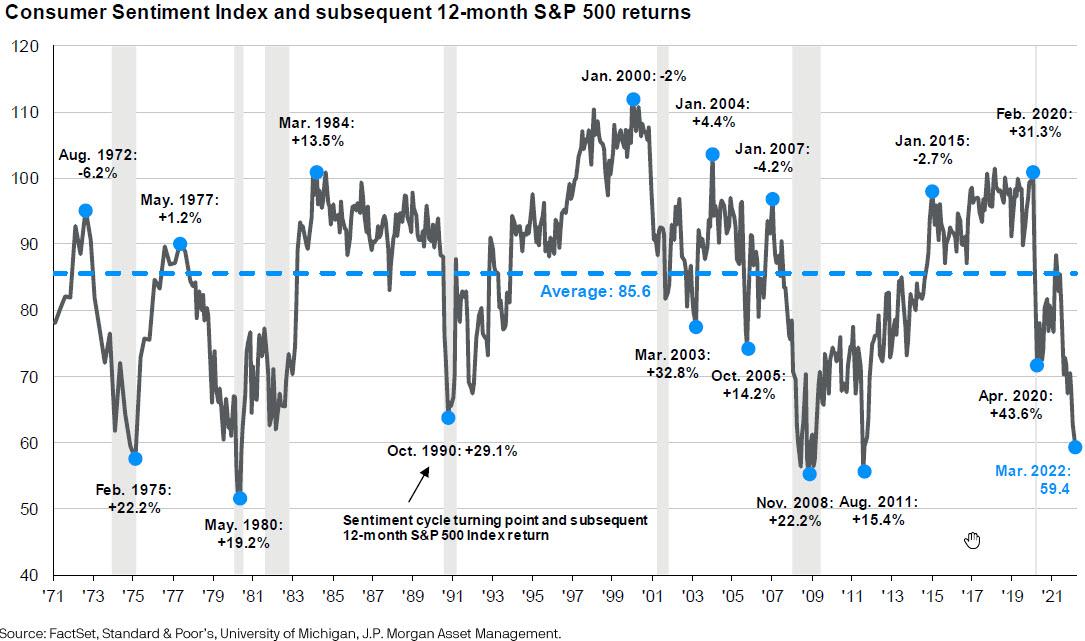 The University of Michigan’s consumer confidence index has been around for over forty years. As you might guess from its name, it measures how US consumers feel about financial conditions. From Investopedia:

Consumer sentiment is a statistical measurement of the overall health of the economy as determined by consumer opinion. It takes into account people’s feelings toward their current financial health, the health of the economy in the short-term, and the prospects for longer-term economic growth, and is widely considered to be a useful economic indicator.

In March, the index fell below 60 for only the third time this century. Obviously, this tells us that consumers have a dire outlook. What may surprise you is that the index is a contrarian indicator, meaning the consumer tends to get it wrong at the extremes. Given that the index has been below 60 on only five occasions since 1971, we are certainly at an extreme. In each of the previous four occasions, the market was higher twelve months later by an average of +19.8%.